Craft NI are delighted to announce to welcome you to  ‘Peter Meanley: New Works’, a solo show which features new works by renowned salt glaze potter Peter Meanley, which he has developed over the last three years.

Peter Meanley has won international acclaim for his abstract spouted pouring vessels and his mastery of the salt glazing technique. Formerly Head of Ceramics at the University of Ulster in Belfast, Peter has been awarded a PhD for researching salt glazing in 1999 – a process which  involves throwing salt into a kiln, whilst it is fired at high temperature, resulting in a characteristic ‘orange-peel’ pitted surface.

Peter’s work initially consisted of strikingly engineered teapots and other functional forms. In time, his focus and never tiring curiosity for the world around him and its possibilities led him to make new forms that can ‘contain liquid’ and can be used to pour from. His fascination with these new forms and his continuous exploration of the salt-fired process yielded the compelling spouted pouring vessels which form the core of this exhibition. 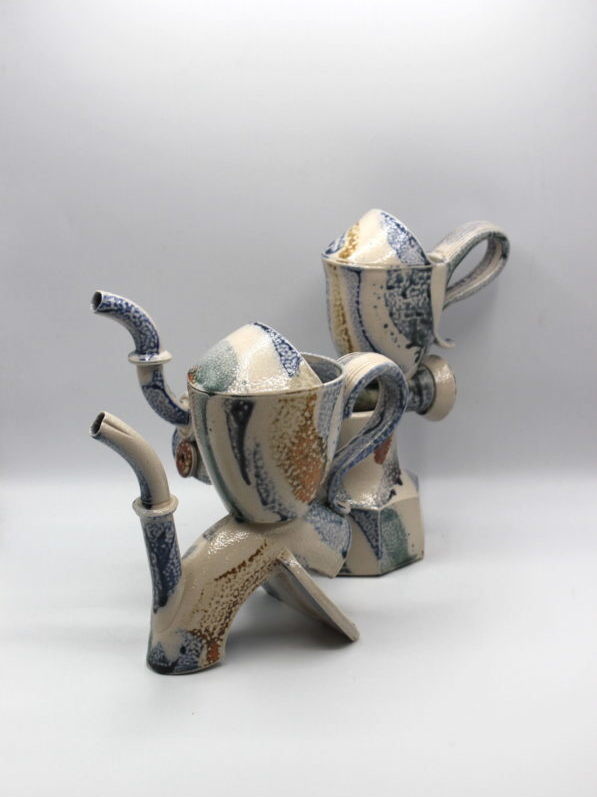 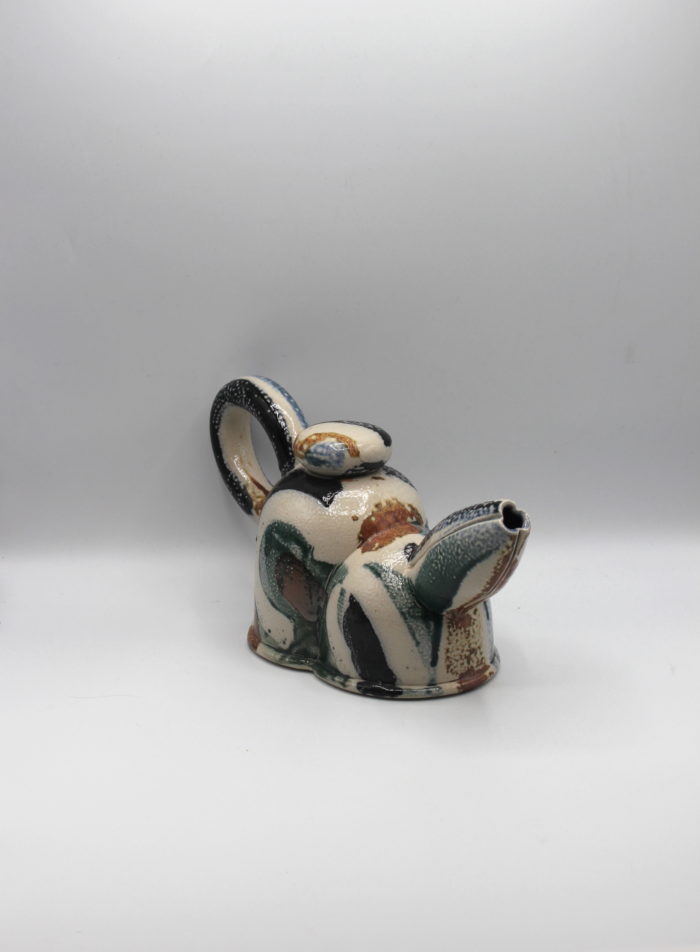 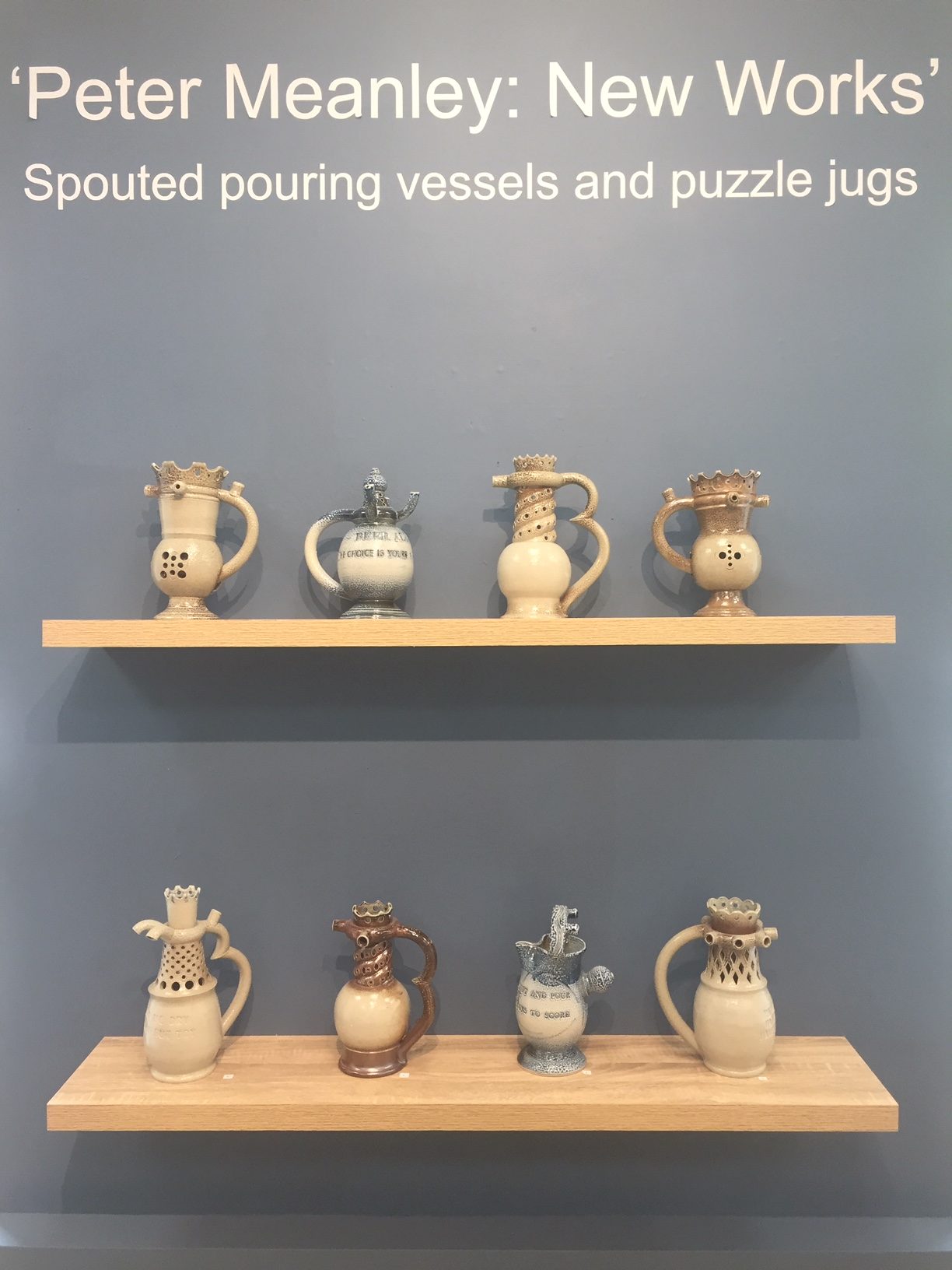 Apart from his spouted pouring vessels, the exhibition will show Peter’s puzzle jugs. A technically complex piece, the puzzle jug has a perforated collar, making it impossible to pour from, unless the drinker knows there is a hole, or number of holes which they must cover with their fingers, to allow the liquid to flow without spilling.  The puzzle jugs were Peter’s lockdown project which he found inspiration for in the early medieval puzzle jugs which served not so much as a drinking tool but as a drinking game (a well-known example of this puzzle jugs is the Exeter Jug, which dates back to 1300 AD). A keen collector of historic ceramics and other beautiful objects, Peter waited almost 50 years for this idea to materialize: a broken jug he acquired in 1969 was the exact piece that inspired him to start this project in 2019. The resulting puzzle jugs, with their intricate spouts, double walls and multiple holes pique the curiosity of the viewer, whilst their engraved Latin quotes or tongue-in-cheek dares make a great conversation starter.

Peter’s enthusiasm for the world around him is infectious; his ideas continue ‘to stare him in the face’. Impressions, whether they’re an artifact in the National Museum of Crete, a lily flower, a broken jug from his private collection, a handsaw, a French antique dealer he meets abroad – they all spark ideas and put in motion a fascinating chain of processes: drawing, experimenting, changing  positions, sculpting, throwing at the wheel.  Seeing the world materialize through Peter Meanley’s eyes is a privilege which challenges one’s perception of ceramics. 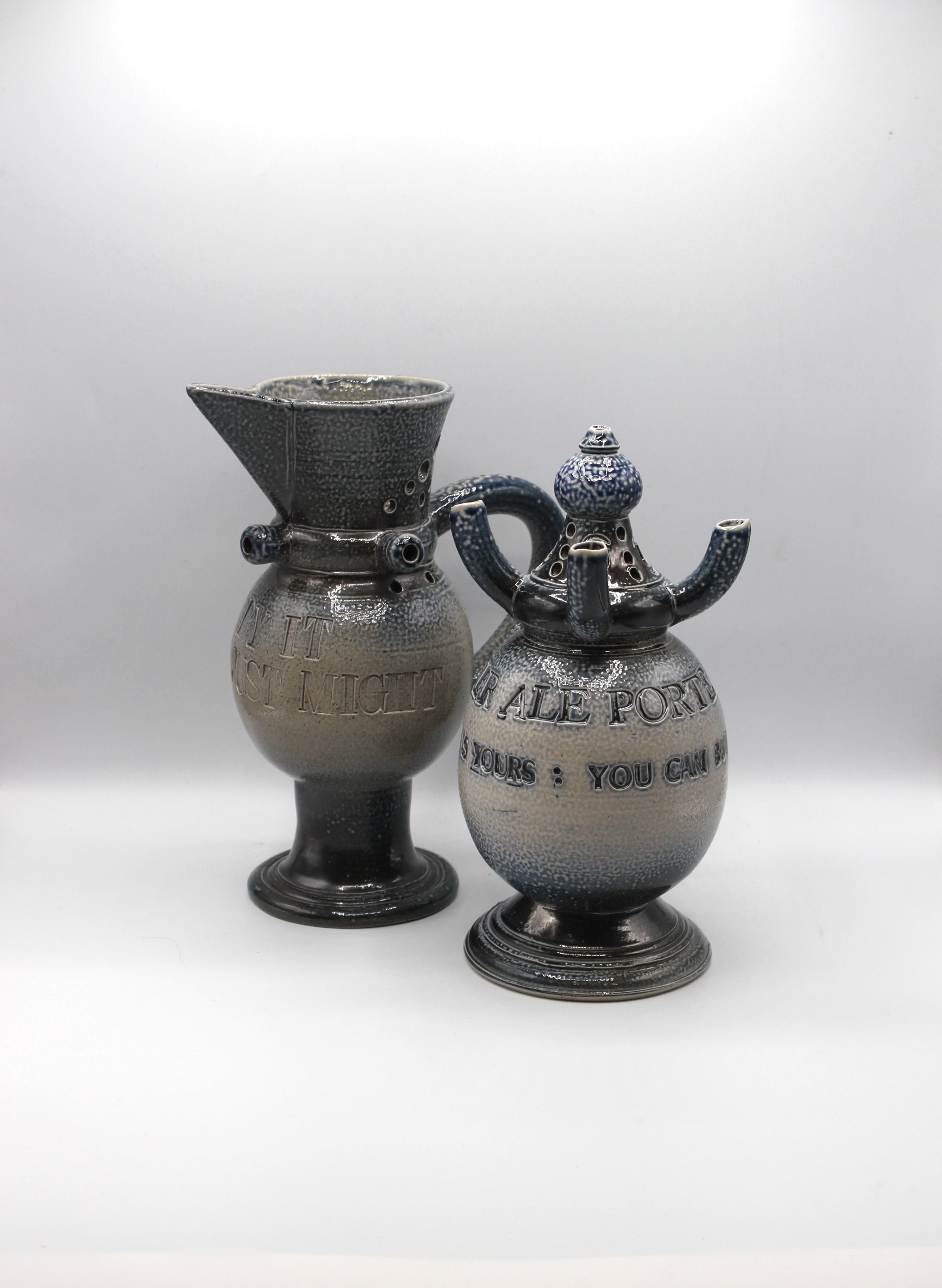 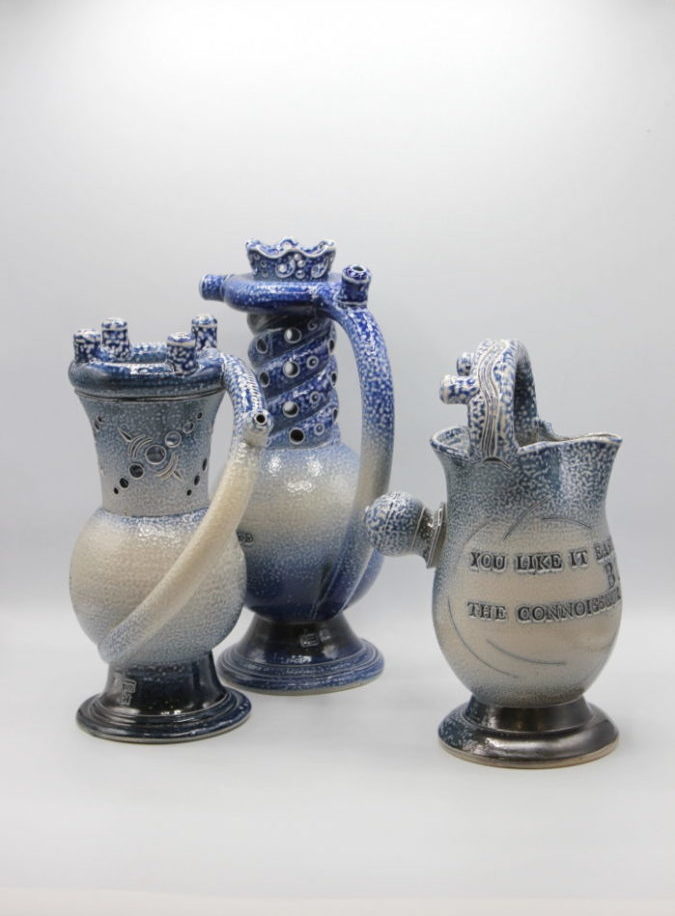 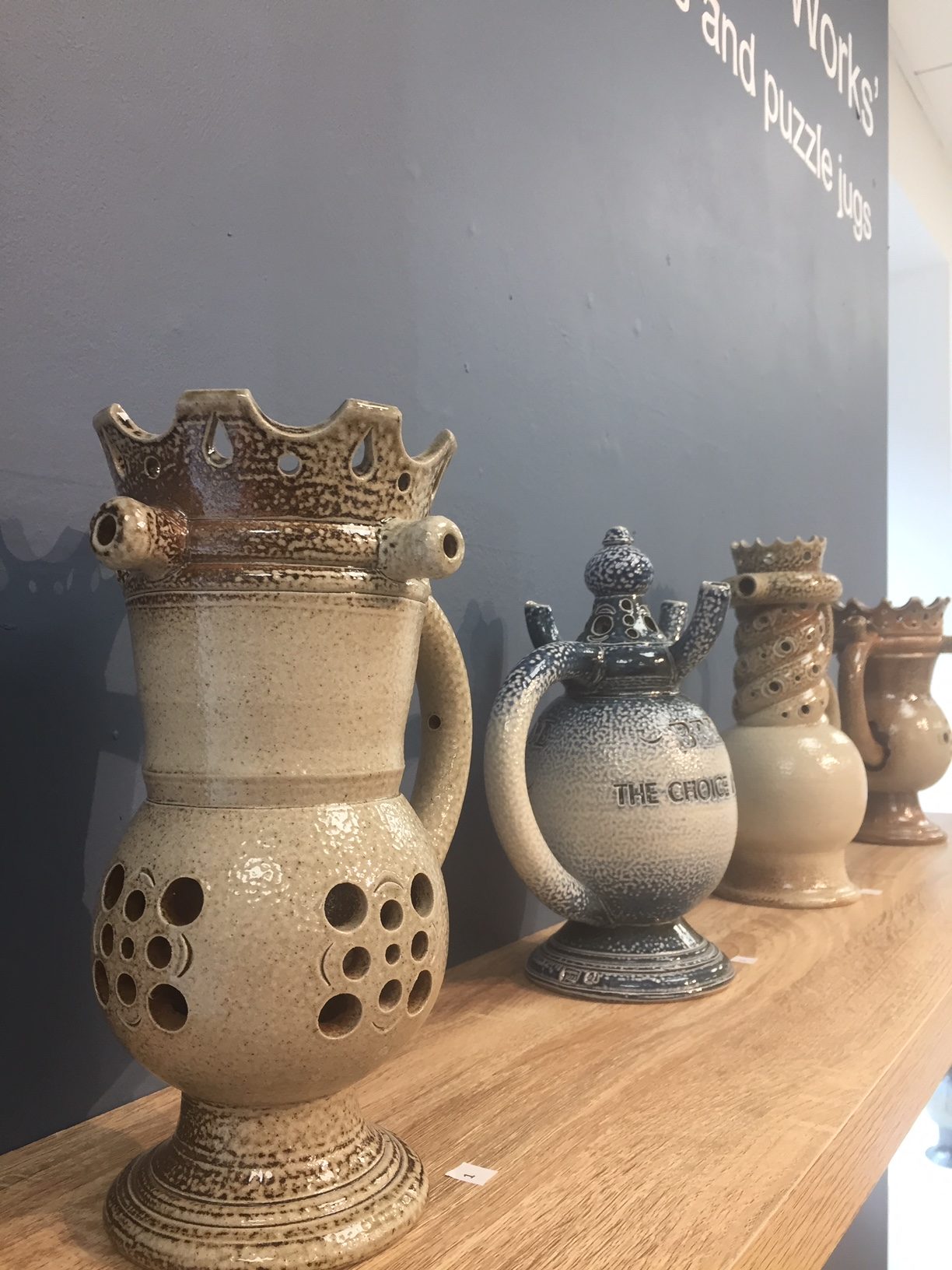